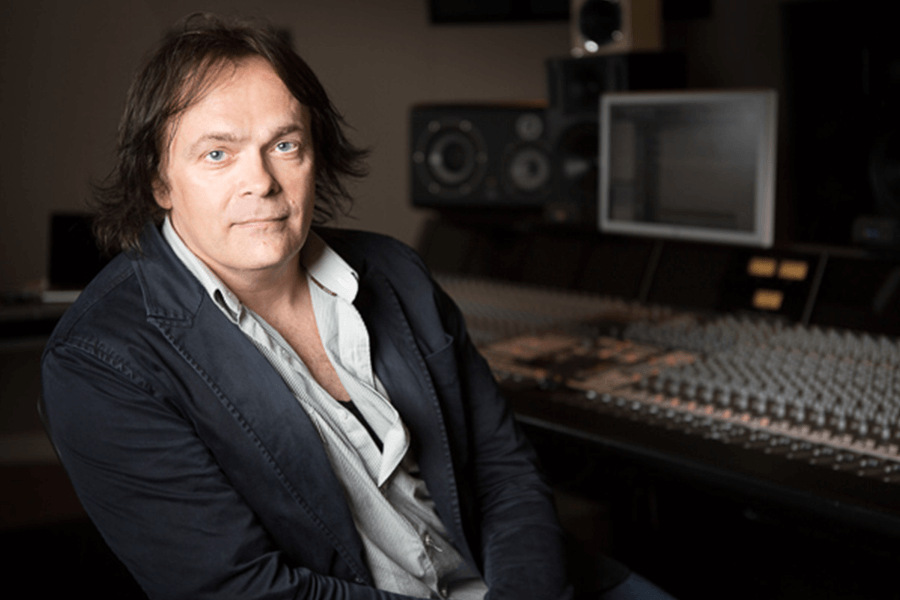 In the Studio with Richard Chycki

If you’ve been enjoying the recent releases of Dream Theater and Rush, a driving force behind the sound of those projects is one of the hottest engineers around today: Richard Chycki. Richard is an engineer and mixer whose clients include such rock royalty as Rush, Dream Theater, Aerosmith, Def Leppard, and Trivium. While Richard works with a variety of musical styles, he most often gets the call to work with guitar-centric artists. Richard’s integration of traditional guitar recording techniques with the technology of the Axe-Fx II makes for an incredible combination that works to push forward the art form of rock guitar. Says Richard: “I love guitar – the bigger and heavier the better!”

Richard – thanks so much for discussing your approach to capturing guitar sounds. Do you employ any “signature” or “iconic” techniques for recording guitars?

My guitar setups vary a lot relative to the music. From a simple Vox AC30 Top Boost with a single Royer 121 to a guitar split to a mini-wall of amps and cabinets with several mics per cab, the combinations are endless. Of course, as the setup gets larger, the equipment to capture it all grows as well.

Overall, my preference leans toward multiple mics close-mic’d on the cab to keep the guitar sound tight. I occasionally use a pair of identical mics with one close to center cone and the other directly adjacent but angled about 30 degrees. More often I combine a number of different mics and close mic placements, all measured and checked for phase. I use Radial Phazeq’s often in larger setups to keep the phase just right. As well, my “house of insulation” is a pretty effective way of completely controlling room ambience.

What do you think about the sound of the Axe-Fx II and what have been your experiences with it in the studio.

The Axe-Fx II is a powerful processor offering an innovative way to capture and create eminently useful guitar tones and textures that are instantly recallable at any time. Using the Axe-Fx II is truly an inspirational experience. It can also be very straightforward. The Axe-Fx II is tremendously powerful but also has a lot of “press and go” possibilities for instant gratification. With the new Axe-Edit editor, it’s as easy as ever to tweak tones. With a DI recorded, you can tweak right up to the end of the mix and everything comes back consistently each and every time.

Another big attraction of the Axe-Fx II is that it allows the capture and preservation of tones that we’ve carefully crafted in the studio. Some guitar set-ups are so complex that it takes a lot of time to achieve the perfect core guitar tone. The Axe-Fx II provides a method to essentially archive the guitar tone for future use, whether for further recording or for live situations. In the past, this ability would have been gone forever when you packed up the session. Because of all of these things, the Axe-Fx II is an amazingly powerful tool that complements a full amplifier set up so, so well.

You were one of the inspirations for a new piece of software we’re working on which allows you to “remix” a multi-mic Axe-Fx II cabinet simulation using previously-captured individual microphone IRs. Talk to us about the art of using multiple tracks for a single guitar source, and about how/why the ability to edit the mix is important while you work through a project.

Really? Wow, that’s great! Thank you! I like to get the source right before processing with EQ or other effects. Mixing is all about relationship of one sound to another – how it “mixes” with accompanying sounds, and that relationship can change as other sounds are added. So it’s handy to be able to adjust the source after it’s recorded. For example, it’s great to be able to boost a brighter mic/cab within a part to give it more cut in a mix rather than EQ. It just sounds more natural.

What projects are up next for you?